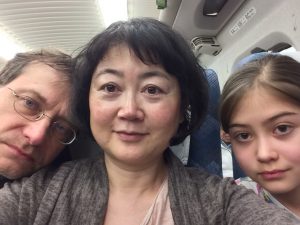 Ahoj! Praise the Lord! We really appreciate your intercessory prayers and precious offerings for us!

In December, the number of new infections has not decreased, and nearly 10,000 people are newly infected every day. But I am so thankful to God that our family and church members are completely protected from the corona infection!

Now, when I was praying one time at the end of November, I suddenly remembered the joint Christmas concert of the three countries of Czech Republic, Ukraine and Japan in 2019.

And when I was thinking that it would be impossible to do it again this year, something like a faint voice came to my mind, “You can do a web concert“. I thought that’s true. At the same time, I thought that if it was a web concert, we could have a joint concert not only with the Czech church but also with other churches in other countries where we have been on mission.

After praying and having peace, I decided to take a step of faith and emailed pastors in Slovakia, Poland and Ukraine to see if they would be interested in participating.

I thought I wouldn’t get a reply because they would all be very busy with church events this Christmas season, but I got a quick reply from Pastor J in Poland. One after another, people from all over the world replied with enthusiasm, “We would love to join you!“. I was really surprised by this!

So, I asked Pastor Paul to confirm God‘s will via Pastor Sakaki of the mission staff of Europe department and he said yes. After that, things progressed very quickly, and five-countries joint web concert in Europe and Japan, will be held just before the end of 2021! Hallelujah!

It would have been impossible for the Prague church to do this alone, but with the help of the entire church, the impossible became possible! We were able to receive a lot of blessings from the body of the Lord! However, as the project became more and more important, the pressure on me became heavier and heavier, and sudden obstacles appeared one after another, and I almost broke down many times. But the Lord encouraged me with His Word. “The God of heaven Himself will make us successful.” (Nehemiah 2:20) I have high hopes that the Lord will reveal His great works in this concert! Please remember to pray for this concert! 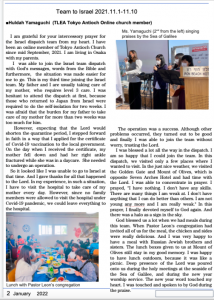 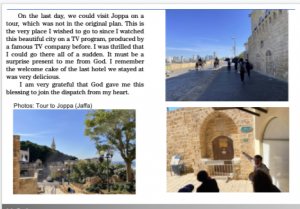 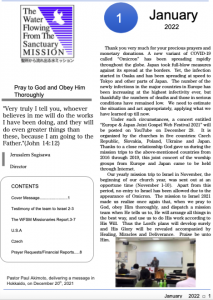